Scenes from a bucolic Beer Festival 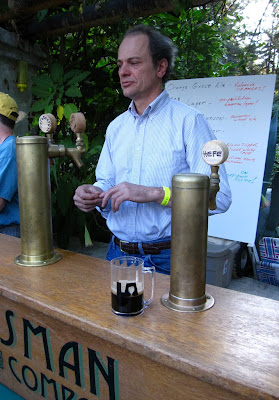 Craftsman's Mark Jilg dispenses samples of wet-hopped IPA, among others.

The culminating event of L.A. Beer Week at Descanso Gardens was blissfully uncrowded and relaxing, as opposed to most mass tasting events. I probably lucked out to get there the first year, before the crowds arrive. It probably could have been even more publicized, since I talked to hopheads on our Bike Bender that hadn't heard about it. But Descanso Gardens was a lovely place to sample a couple dozen beers (I only made it to about eight, and again managed to lose my tasting glass). 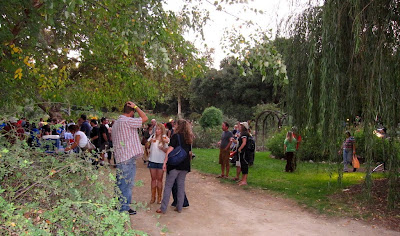 Sign that it's time to go home: Suddenly, your tasting glass vanishes. Among the standouts were the brand-new Requiem Espresso Stout from the Gentleman Scholar, a new L.A. beer from Naja's Martin Svab and Gianni Diaz; the Bruery's Two Turtle Doves, a 12% Belgian-style ale with cocoa nibs and toasted pecans and Craftsman's Edgar's Ale. 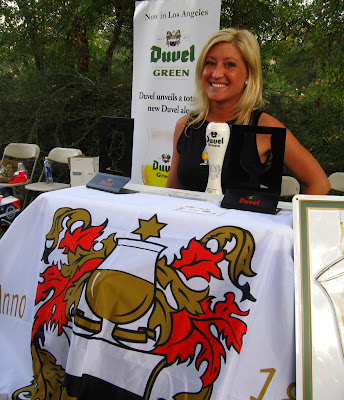 I was pretty toasted myself after all those strong brews and recall only that Duvel's new Green single-fermented draft ale is less strong than their Classic in the bottle, in case you want to take things a bit slower. Next time, it would be great to have a list of all the breweries so that we could check off what we tasted and how much we liked it.

I hope the organizers lock down Descanso Gardens for the 2010 L.A. Beer Week Festival. What a great setting. The lines were short, the air was fairly cool and there were plenty of great beers. Good seeing you there.

beer, beer, beer and more beer! Check this one out!

"I was pretty toasted myself".. haha! some Belgians woulda been great after fried chitlin from JTYH on Saturday... o well!