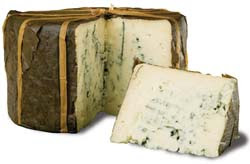 EatingLA friend and joyful partner in cheese consumption Barrie Lynn, the Cheese Impresario, travelled to Austin, Texas for the 2009 American Cheese Society conference and competition this weekend. She reports that this year 1,327 American artisanal cheeses were entered, which is truly astounding. Here's her dispatch:

Amazing!!! The American Cheese Society Conference & Competiton just awarded their winners for 2009. An unprecedented 1,327 American Artisanal Cheeses entered this competition with 314 awards given. OOOHHH, so many cheeses to dream of tasting.

Again this year, Wisconsin Master Cheesemaker, Sid Cook for Carr Valley Cheese Company cleaned up with more awards than any other cheesemaker. Sid's Cave Aged Mellage, a tri-milk cheese tied for Third Best of Show. Sid (some call him The Jimi Hendrix of Cheese) also won first place inthe American Originals catergory for Cocoa Cardona, I love serving this cheese that's aged in cocoa power with a hot fudge sauce for dipping...don't faint when you try this.

Second Best of Show was Red Hawk by Cowgirl Creamery. This washed rind cow's milk cheese was a Best of Show winner from a past ACS competition.

Best of show were my friends from Rogue Creamery's Rogue River Blue, a creamy blue veined wonder. Try this cheese on a crusty French baguette drizzled with some blackberry honey and you will be in heaven. I wish all of you could be here exploring the wonderful world of American artisnal cheeses. Next year The American Cheese Society Conference & Competition will be held in Seattle, perhaps I'll see you there! -- Barrie Lynn, The Cheese Impresario

so delcious! such amazing cheeses it sounds like. im so jealous i couldnt be there to try all those handmade wonders...