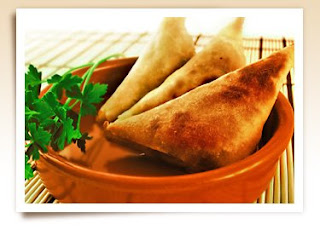 I kind of feel like I've been burned once too many times by the tiny diner next to the El Rey Theater on Wilshire. There was the barbecue place where the links weren't bad but took forever to come out and the staff seemed stunned to have a customer, the short-lived incarnation of Doughboys that closed abrubtly, another place just called Diner...
So now apparently it's called Cowboys & Turbans: Street Food from India. I'm not sure where the cowboys come in, but there's a nicely-done website with a menu that includes a naanwich with chicken or tofu and tandoori tacos, and the Slumdog Special, presumably some combination of the other dishes. Maybe I'll give it a try next week -- they have free delivery! Let's hope it lasts longer than some of its predecessors.
at 7:04 PM

I'll have to try it with you. Jai Ho!

How about a tandoori taco truck?!