Where did XIV's half a star go? 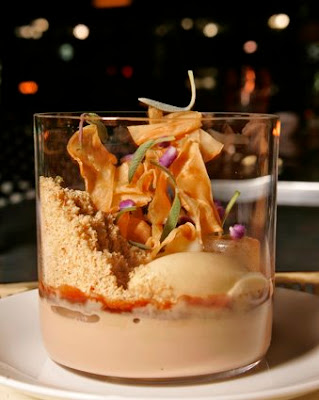 When I read S. Irene Virbila's snarky-for-her review of XIV last night on LATimes.com, I thought two and a half stars seemed pretty generous for food she described as cliche and cloying. So in today's printed edition, prophetically titled "XIV's high concept doesn't quite add up," it gets just two stars -- still "very good" but without that extra je ne sais quoi meriting an extra star. Did Michael Mina's extra half star float off into cyberspace?
at 8:33 AM

I read the LATimes.com version today and it's two stars -- just an error going up on Web?

But yea, given her written review (not Starck's best project, overly rich and cliched food, too-fussy-and-complicated desserts) I thought it'd be a one-star rating.

Given her description of the dessert, I was surprised even by the two stars!

And I love when she gets a little snarky. ;)