Dinner on the L.A. River and Plans for a Cafe...Someday


When I moved to Silver Lake decades ago, there wasn't much thought of dining along the L.A. River, or kayakers, or campouts. For years, Friends of the L.A. River helped convince residents that there was reason to preserve and improve the river, and in the past few years these efforts have reached critical mass.
I was invited Saturday to have dinner on the river with the Los Angeles River Revitalization Corp., the non-profit that is working to build the La Cretz crossing pedestrian/bike/equestrian bridge to Griffith Park. LARRC also hopes to open a cafe near North Atwater Park at the end of the bridge, and this weekend's pop-up dinner was one of numerous fundraising events the organization is involved with such as Sunday's Greenaway 10K. 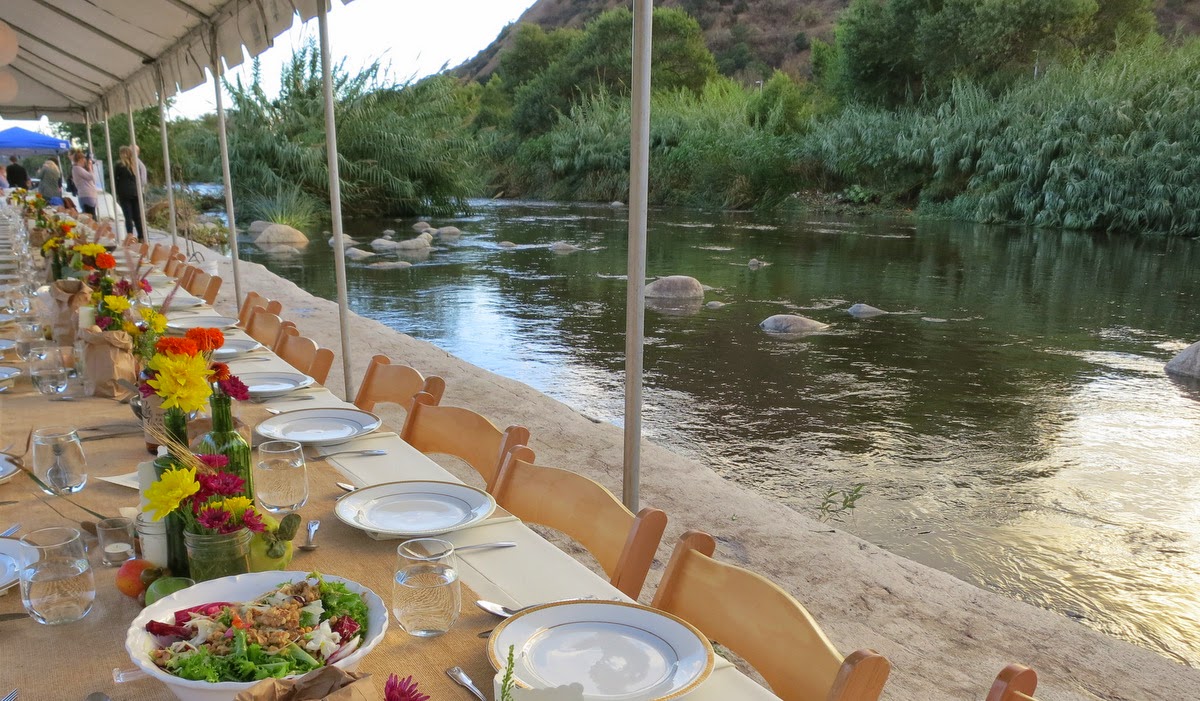 Chefs for the first in a planned series of dinners were Louise Leonard and Debbie Halls Evans, who won on "The Taste." On the first chilly evening of the fall, they worked under a tent and served up an terrific and elegant meal of braised lamb shanks served with cranberry beans, squash and kale and a wonderful chicory, orange and walnut salad. Dessert was English Toffee pudding pie with cardamom pears and ice cream. Diners sipped wine, champagne cocktails and Golden Road beer as the sun set over the newly-rushing river. 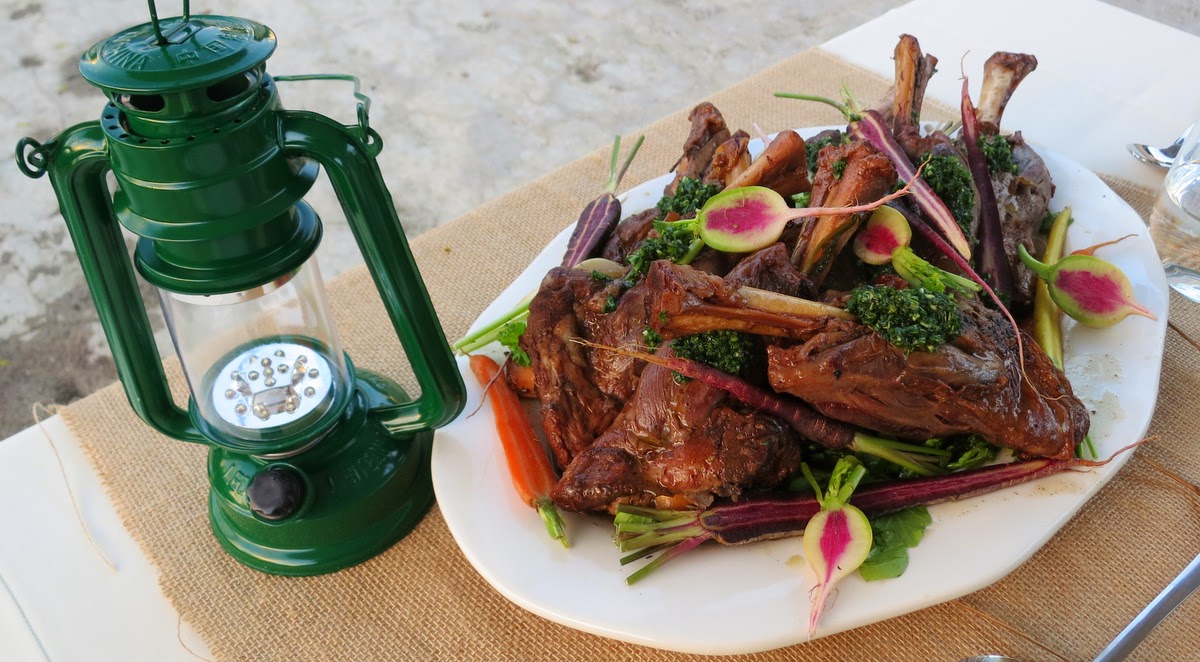 As night fell, ribbons of speeding car lights on the 5 mirrored the shining water on the green and wild stretch of the river near where the bridge will be constructed. Follow the L.A. River Revitalization Corp. on Facebook for news on more dinners and other great river events. Dinners like this, but hopefully also a welcoming cafe for hikers and bikers and other examples of smart and careful development will make the river a place for the community to preserve and enjoy in the years to come.
at 6:58 PM