Hero Shop, a Great Banh Mi By Any Other Name 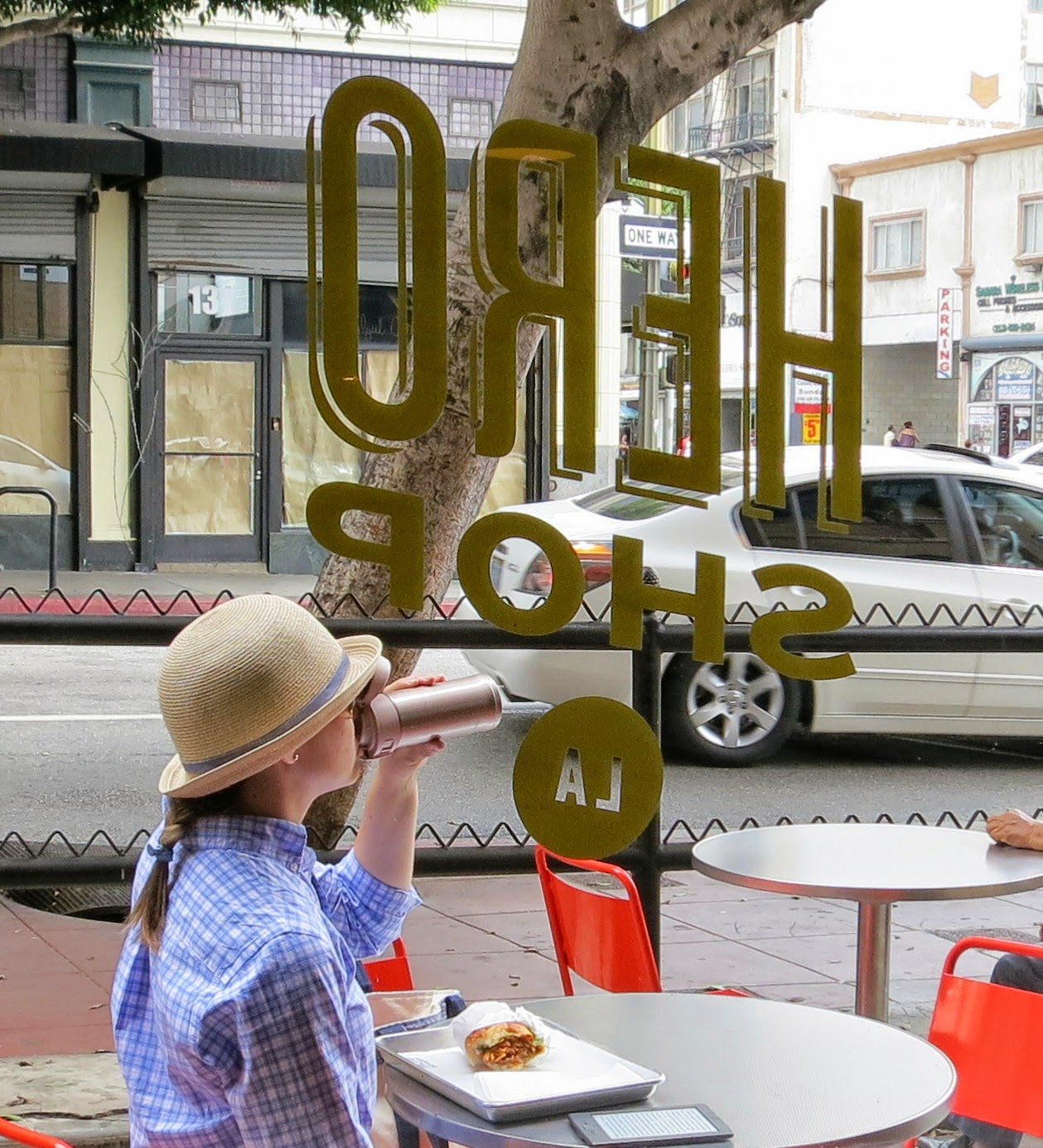 The spread of banh mi across the land has been a mixed blessing for the humble Vietnamese sandwich. I was a relative latecomer to the Southeast Asian hoagie, but after my first taste in 2004 or so at a long-gone shop on Valley Blvd., I was hooked on the perfect interplay of crispy yet soft baguette, creamy pate, spicy jalapeno, crunchy daikon, savory sauce and sweet barbecue pork or smooth cold cuts. The rest of the world discovered them just a few years later, and suddenly there were banh mi trucks and gourmet banh mi, with varying degrees of success. 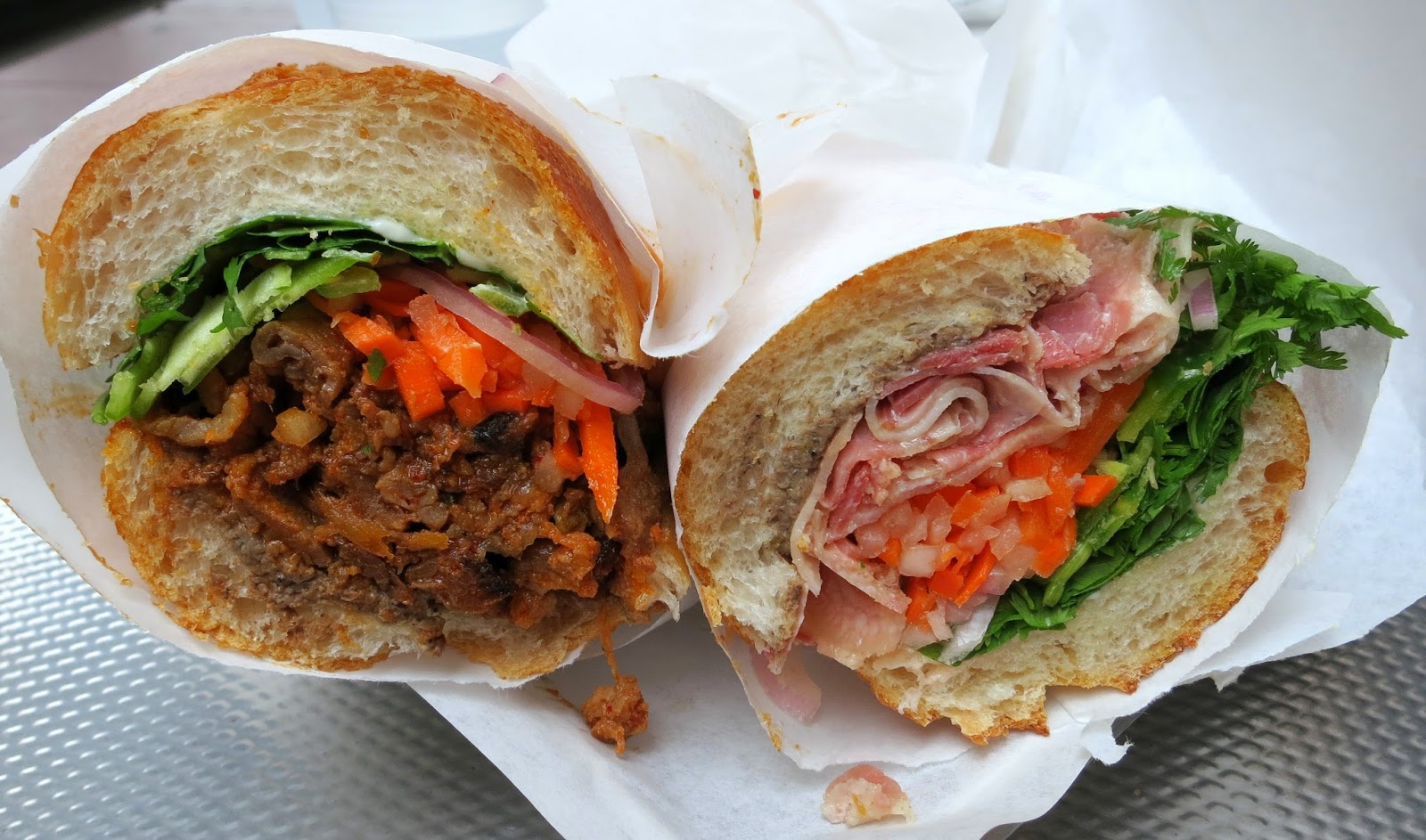 The Hero Shop, in downtown L.A. next to Cole's French Dip, does the gourmet banh mi thing much better than any others I've tasted, in a squeaky-clean modern storefront with tables for sidewalk dining out front. Run by the same folks as Silver Lake's Black Hogg, which just re-opened with a retooled menu, the Hero Shop takes the important components of the sandwich and improves on the ingredients without screwing up the balance like other places often do. Their sandwiches range from $7 to $11, so let's get this out of the way right off the bat: yes, you could drive 15 minutes east and get three or four for the same price. But they wouldn't be made of heritage pork or Spanish blood sausage or sambal-roasted broccoli for the vegans who are probably tired of tasteless tofu banh mi. 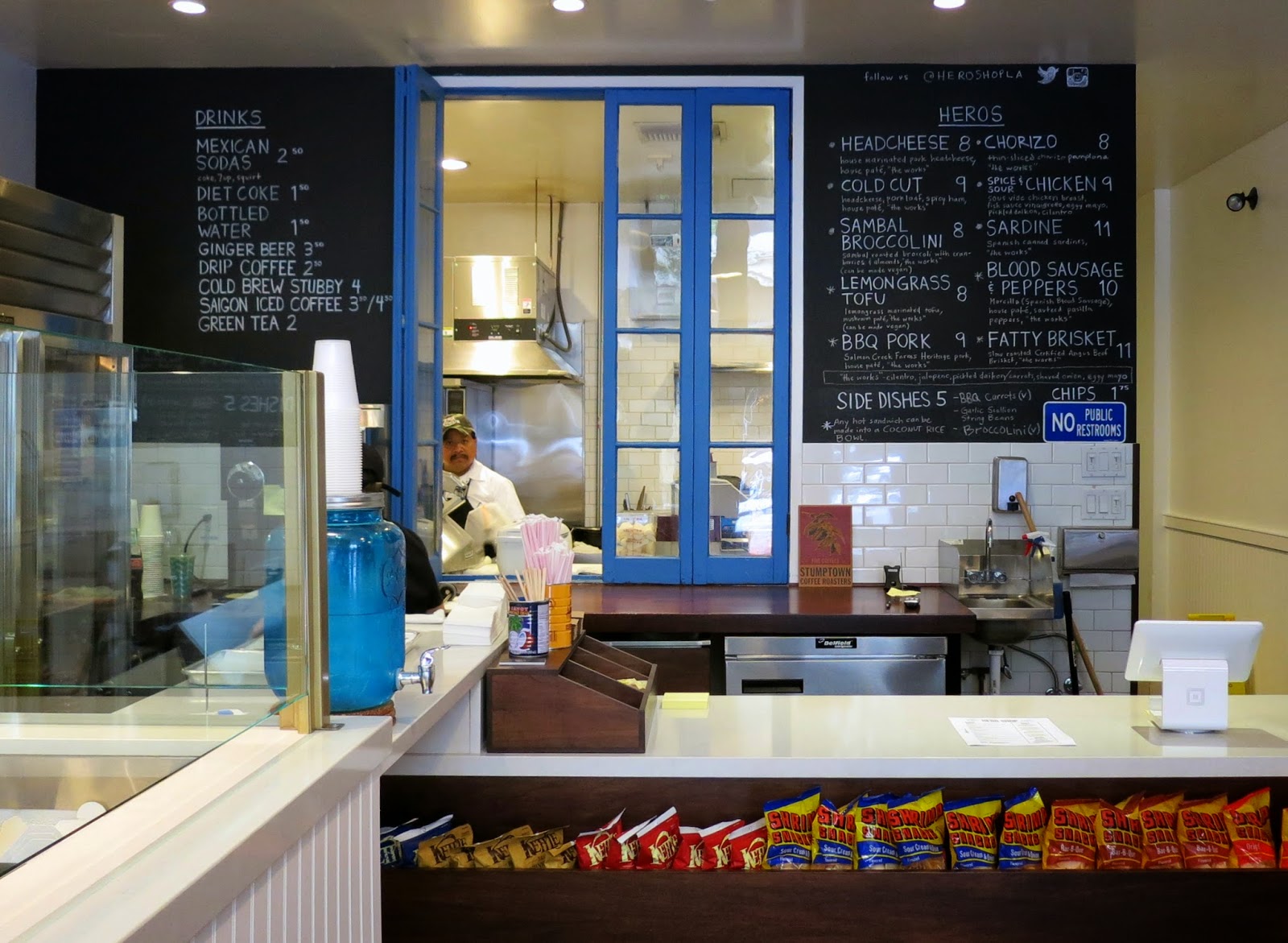 We tried the BBQ pork and the head cheese; other varieties include sardine, spice and sour chicken, blood sausage and peppers for the real hero lovers, fatty brisket and lemongrass tofu, if you must. In contrast to a traditional banh mi, these sandwiches are huge and yet the bread doesn't overwhelm the meat. The BBQ pork was delicious but almost too intense in its meatiness; I was full after just a few bites and snagged my son's headcheese to try. The thin, cool slices of headcheese marinated in lime juice and layered with pate and all the usual trimmings added up to a platonic balance of banh mi fillings. The bbq pork half made a great lunch the next day. 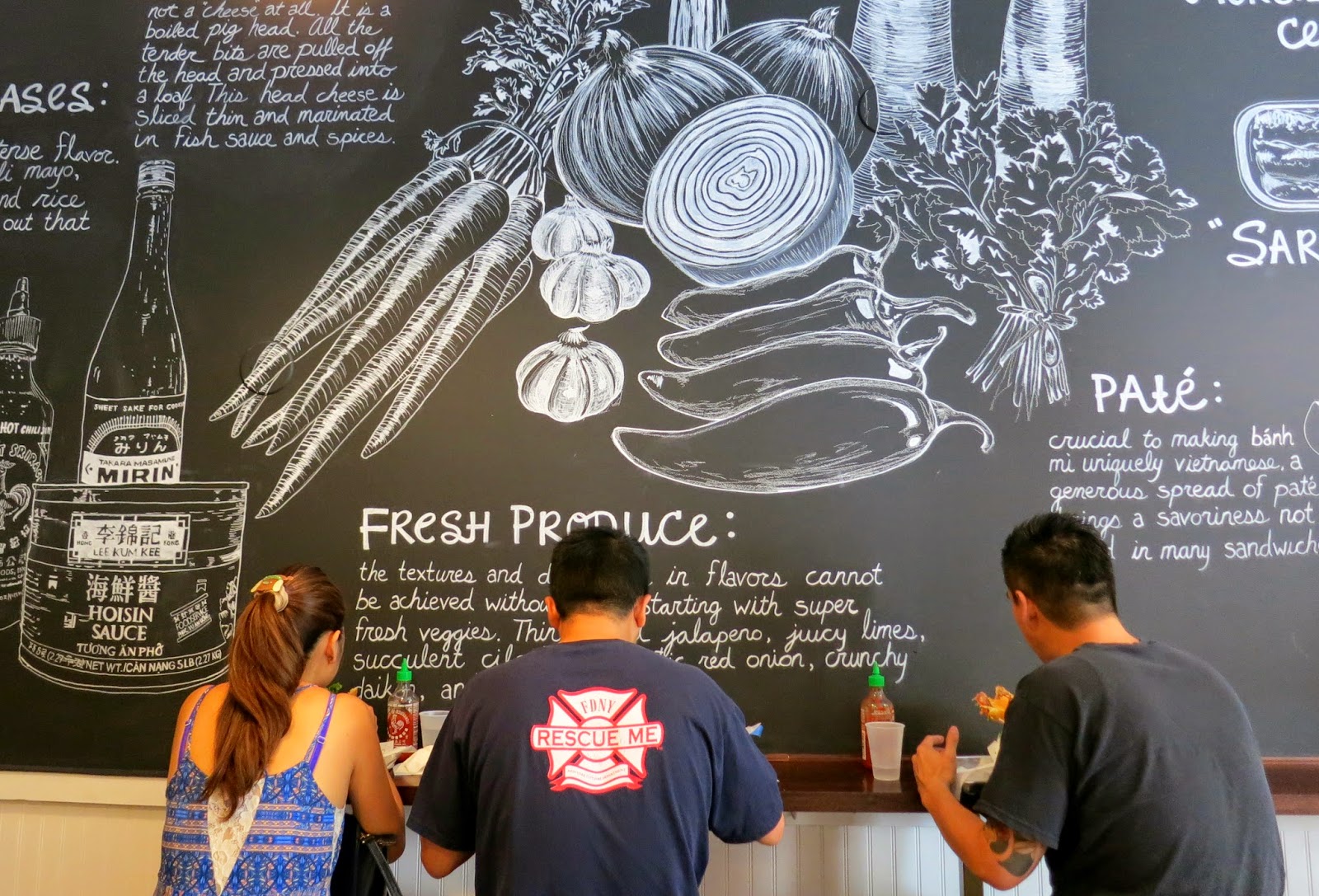 This is a great sandwich, at a better prices than most sandwiches these days. The bread-averse can have their fillings over coconut rice in a bowl instead.
I was invited to try Hero Shop, but I would be back on my own dime in a flash -- in fact, my son has already been back for the fatty brisket.
Hero Shop
130 E. 6th St.
Downtown L.A.
213.265.7561