High atop Downtown's new Ritz-Carlton, Wolfgang Puck officially introduced his latest restaurant WP24 last night, though it's already been open a few weeks. The concept is haute Asian fusion -- a Chinois for the 21st century -- and let's say the prices are commensurate with the height of the restaurant. After seeing the foggy view of the basketball playoffs at the Staple Center, we got a press tour of the vast kitchen, where Wolfgang proceeded to stuff several lucky writers with pork belly until we nearly burst. I'm looking forward to a full meal there, but all the tastes we had were spicy and fun. I loved seeing the vats of chile sauce and rows of Thai condiments in the kitchen -- it seems like the kitchen isn't afraid of a little heat. 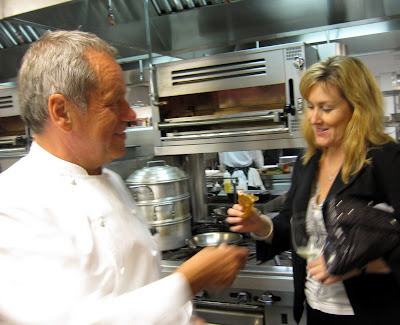 Carole Dixon from FeastLA spied the whole crispy pork belly and convinced Wolfgang to give us a taste or three. 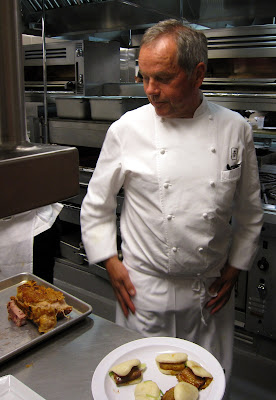 Even better were the pork belly bao, with hoisin sauce and scallions folded into tender rice buns. 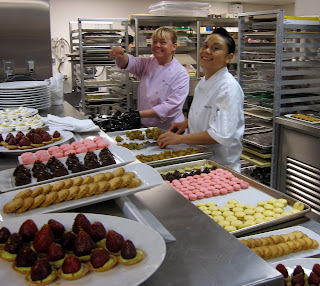 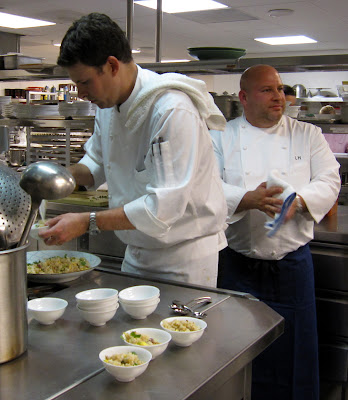 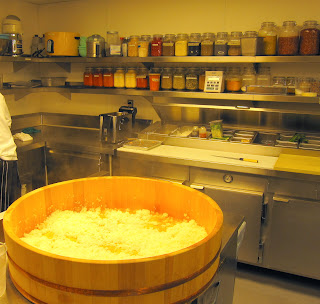 The kitchen has a full sushi area with a giant tub of sushi rice, and an array of spices in the background.
It's an impressive set-up, though the room seems targeted towards flush Downtown businesspeople and Staples Center sports stars. I hope they appreciate the pork belly!
at 9:28 AM

Cool! Nice to get some kitchen action! Looks great.