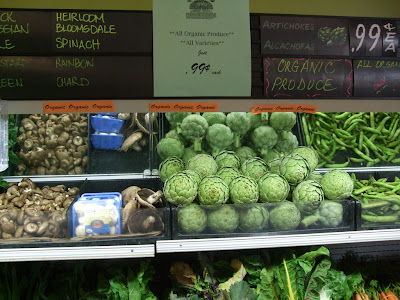 The piece de resistance of Figueroa Produce is the 99 cent organic produce selection -- take that, Whole Paycheck! It's not huge, but there's some good stuff.

I wanted vegetables. But I didn't have time to hit the Pasadena farmer's market, and a family can only survive for so long on Trader Joe's plastic-wrapped produce. So I decided to check out Figueroa Produce, a store so quirky it could only exist in Highland Park. Highland Park, home of legions of taco tables, vast selections of soda pop and such cultural hybrids as Vietnamese comfort food, is one of the last refuges of the true bohemian spirit in L.A., and this medium-sized market perfectly reflects that cultural caldo. And they freely hand out 10% off coupons, which is nice too.

At the entryway, you'll find the bakery shelves, which are well-stocked with Middle Eastern items such as really cheap pita bread, pita chips, sesame cookies, as well as tortillas and six rolls that make perfect banh mi for $1.79. The meat counter has an absurdly low price for marinated carne asada meat -- something like $2.99 a pound, and it was pretty good stuff. There's also a smattering of items from just about every nationality, quite a few organic items, and lots of spices. Here's a tour of this rather interesting and extremely reasonable store, which is like the anti-Fresh 'n Easy. 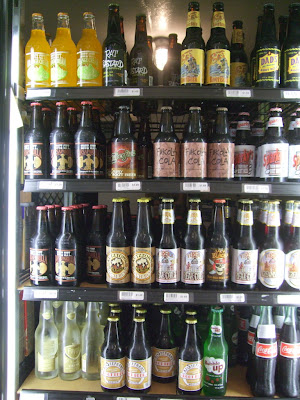 Like nearby Galco's, Figueroa Produce has an interesting soda selection, but it's inexplicably slanted to the root beer side of the soda spectrum. 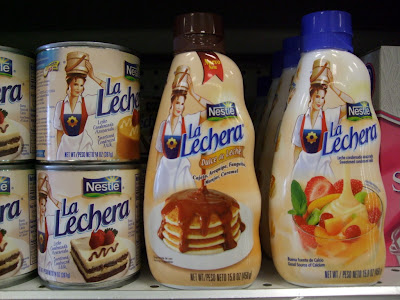 I know they have this squirtable dulce de leche and sweetened condensed milk at any Latino market, but it fascinates me anyway. 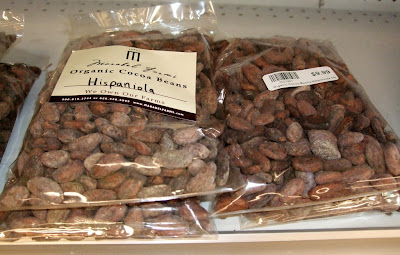 Another mystery: there's quite a large stock of organic cocoa beans, but what do you do with them? 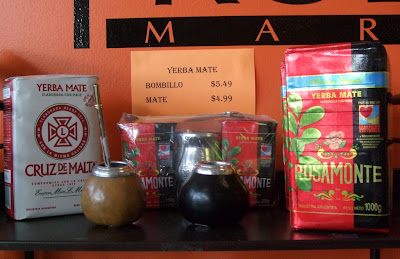 All the fixings for traditional yerba mate tea are stocked, including the bombillo cup.

I love this place and don't get to them as often as I should.

They have a surprisngly good gourmet ice cream selection and every now and then they have ground chicken breast for 1.99 pound - and it is FRESH.

They are not dirt cheap on everything, but all their prices are moderate, they have great sales and - they have heart. So check them out!

FigPro also carries Jones Coffee, and has a growing selection of Filipine staples.
I asked one of the owners how they were doing, and he said it was still rough going b/c of the location. It's hard to see FigPro from York or Fig b/c of the 99 Cent store. Thanks for the post - I hope it drives in more traffic.

wow! i gotta check this place out! thanks Pat! I love a place with good, cheap produce like berkeley bowl and monterey market up north.

I live nearby and love this store. They are super friendly. It's a fairly small place, but they have such an unusual selection of items, I always find something I've never even seen before. It's a neighborhood treasure.

OMG, thanks a lot. We just went after visiting El Arco Iris and Galco. What an awesome place! They have three or four varieties of beets AND they have Jones coffee. Woop!

Thanks for writing about Figueroa Produce, Pat! I, too, love shopping here and want to see them succeed. This winter they had the best tangerines and best prices anywhere. They are always eager to help and show you new/interesting items they've gotten in in the produce dept.

yes! i love this spot! their homemade salsa is amazing. they sometimes have homemade tamales on the weekend which i haven't tried. i love that they stock all of my fave Tofurky meats, weird gourmet ice cream, and traditional stuff too.

There are no other markets around Ave 64. All the other markets are like a mile away. This store Fig/Pro is close to me and being near the 99 makes life so much easier. The meat at Fig is so fresh and affordable.