More films about mushrooms and beer


I like how the Berlin Film Festival had a special Culinary Films section. L.A. doesn't yet have its own Food Film festival, but here are some recent films that could be included if we did.

Beer Wars
This one's not for another month, but on April 16 the Beer Wars movie is blanketing the country with simultaneous screenings hosted by Ben Stein. In L.A., the documentary will show in Burbank and Alhambra. Check out their website for a great list of beer links as well as theater information. 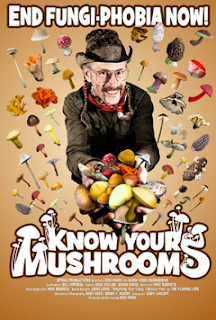 Documentary Know Your Mushrooms has music by the Flaming Lips and was inspired by a conversation mushroom enthusiast Jim Jarmusch had with "uber myco visionaries Gary Lincoff and Larry Evans." It screened today at SXSW and will show at the Newport Beach Film Festival in April and then presumably be available on DVD and/or download.
at 2:48 PM

Nice short post! Wish there are more food-related movies out there ...