Tijuana touring: Street food with tacos of the earth and sea 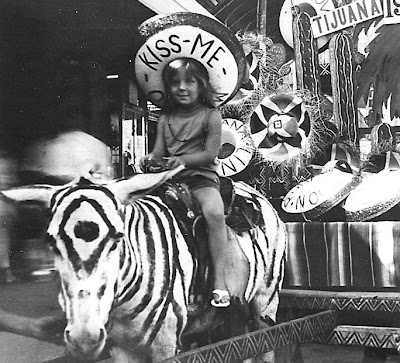 Tijuana has really changed since I took this trip with my family as a child and even since the last time I was there a few years ago. This weekend I returned to TJ, Ensenada and the Valle del Guadalupe wine country with a bunch of food bloggers, chefs and assorted writers for a semi-insane two day food crawl to see how this part of northern Baja has become a true foodie destination, from modest fresh seafood stands to luxurious restaurants featuring Alta Cocina and Baja-Med cuisine.
Our tireless leader was Bill Esparza of StreetGourmetLA, who has spent years finding and eating the most authentic and delicious foods all over Mexico. We were hosted by the Tijuana Convention and Visitor's Bureau, but this was no cookie-cutter fam tour. Bill and Xavier, the Glutser, made several trips to find the best spots for our whirlwind food marathon. 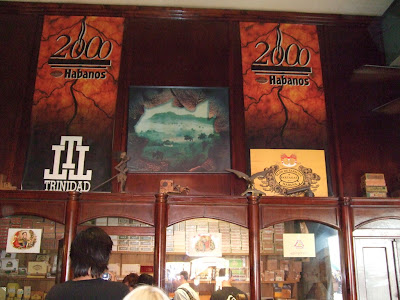 One thing that hasn't changed is the historic La Villa del Tabaco cigar shop. This shop is one of the few reasons to visit the touristy and expensive main street, Avenida Revolucion (insert donkey show joke here). Walking into the shop, I developed a serious case of deja vu, since I'm almost positive I had been there with my cigar-loving dad many decades before. Some of the chefs (from Ciudad, Border Grill and La Casita) bought Cuban cigars, while the rest of us sampled Cuban rum and espresso. 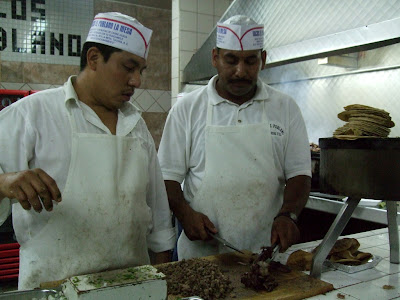 The first Tijuana food stop was Tacos El Poblano, a simple stand known for its carne asada tacos served with a generous dollop of guacamole, which are made from three different cuts of beef. The juicy beef was worth the anticipation on the the long bus ride from L.A. 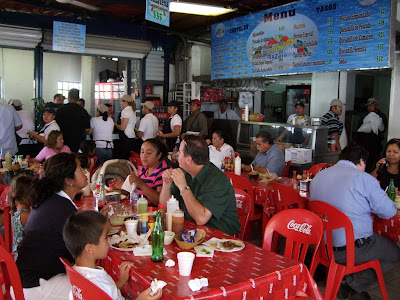 The next day, our first lunch stop was a simple seafood restaurant, Tacos de Mariscos el Mazateno, above. Even better than the spicy camaron enhilado tacos was the taco filling of smoked marlin, with the large tuna-like fish chopped up with various spices. We didn't try the manta ray tacos, but the whole menu looks excellent here. 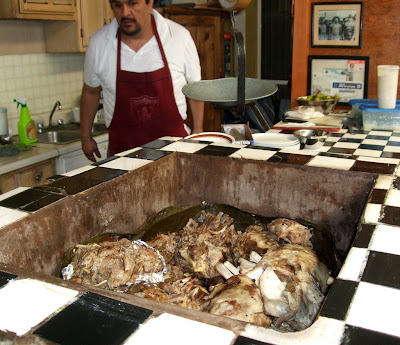 Are you a lamb lover? Personally I prefer seafood and pork, but lamb completists should try the traditional breakfast of lamb barbacoa from Hidalgo at Barbacoa Ermita, a makeshift restaurant open only on weekends. Huge chunks of lamb are cooked up in a permanent pit, served with lamb consomme, tortillas and an assortment of salsas. I'm sure Eddie Lin from Deep End Dining had more than one bite of the pansita, a sort of Mexican haggis including stomach, kidney and something a little too livery for my taste, even with plenty of salsa. 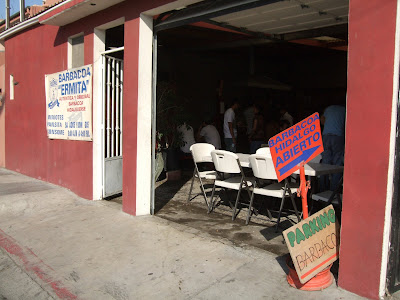 The last exceptional Tijuana street food stop isn't really street food, although the restaurant itself looks pretty basic. Tacos Salceados, known to the locals as Tacos La Ermita, humbly describes itself as having "the best tacos in the universe," and who am I to argue? Salceados is the baby of former sous-chef and saucier Javier Campos Guttierez, who has created the taco-queso, made from a delicate cheese crisp wrapped around meat then wrapped in a tortilla. Arriving at midnight after an endless day of eating, we all polished off our tasting plates of tacos and wished we had room for more. His richly baroque tacos include trout, mushrooms in cream, New York steak, and even a dessert taco topped with strawberry coulis and mysteriously stuffed with beef, bacon or shrimp. There's an array of equally elaborate salsas, including almond, for topping. 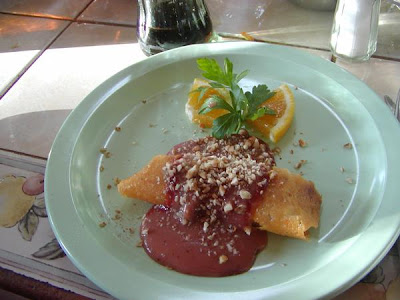 It was so late that I left my camera on the bus, so this photo of a questotaco dulce is from Salceado's website. Prices in Baja are not third-world, dirt cheap prices, but they are a good deal less than in the U.S. Tacos at Salceados, for example, start at $1 and go up to around $3 for the better cuts of meat or combos, and they are of the highest quality. 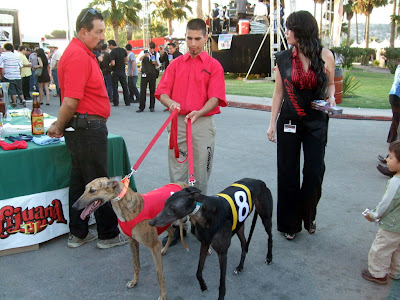 Racing greyhounds hang out at the beer festival.

What else is there to do in Tijuana? Besides the ubiquitous discount pharmacies, greyhound racing and occasional bullfights, there are festivals nearly every weekend, from opera to erotica to food and wine. We stopped by the fifth International Craft Beer Festival, held on the grounds of the casino, and it was a fun and relaxed event with not an insipid Corona in sight. Instead we sampled beers from microbreweries from Cabo's Baja Brewing to Mexicali's Cucapa. 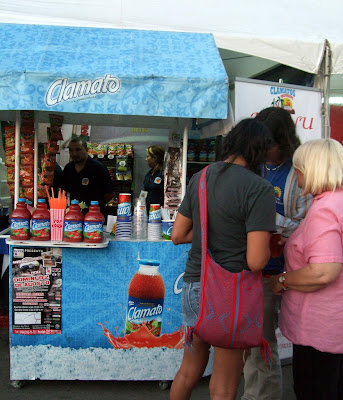 A Clamato stand at the beer festival.
In Mexico, Clamato isn't just a fishy tomato juice: it's a catch-all term for seafood cocktails with a Clamato base, with all kinds of additions from peanuts to coconut milk. 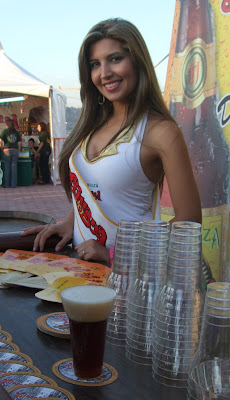 This senorita would like to offer you a cerveza.

Next I'll cover Tijuana's haute cuisine, Ensenada and the wine country, but for now, here's a sampler from other blogs.
FoodGPS selects 6 great dishes from the trip.
Noah from Squid Ink managed to escape from the group and is probably the only person who ate an entirely different taco from the rest of us.
at 9:19 PM

Thank you for taking the time to visit Tijuana and Baja, and for letting everyone know how great a nice one (or two!) day trip can still be (especially eating!). My staff at Crossborder Group and the team at COTUCO (the Tijuana Convention & Visitors Bureau) were very honored to have had the chance to work with Bill, and to meet all of those on the trip - thanks again!

Pat - This weekend was a whirlwind of deliciousness. I'm still recovering from the madness! I will never again crawl the way we crawled in Baja ;-) Never say never?

Right on Pat.Love this report.

That photo of you as a little girl put the biggest smile on my face. Great post, as usual.

Great article. I'll have to try Tacos Salceados. I think Tijuana is a really underrated, but thoroughly excellent, eating city. Just an incredible variety of delicious things for all budgets and settings. The only thing I've always thought it was missing was some good craft beer, but it looks like there are some! I'll have to try to find some good bars that serve them next time I head down there.