Wexler's Deli Updates the Bagels, Lox and Pastrami We All Love 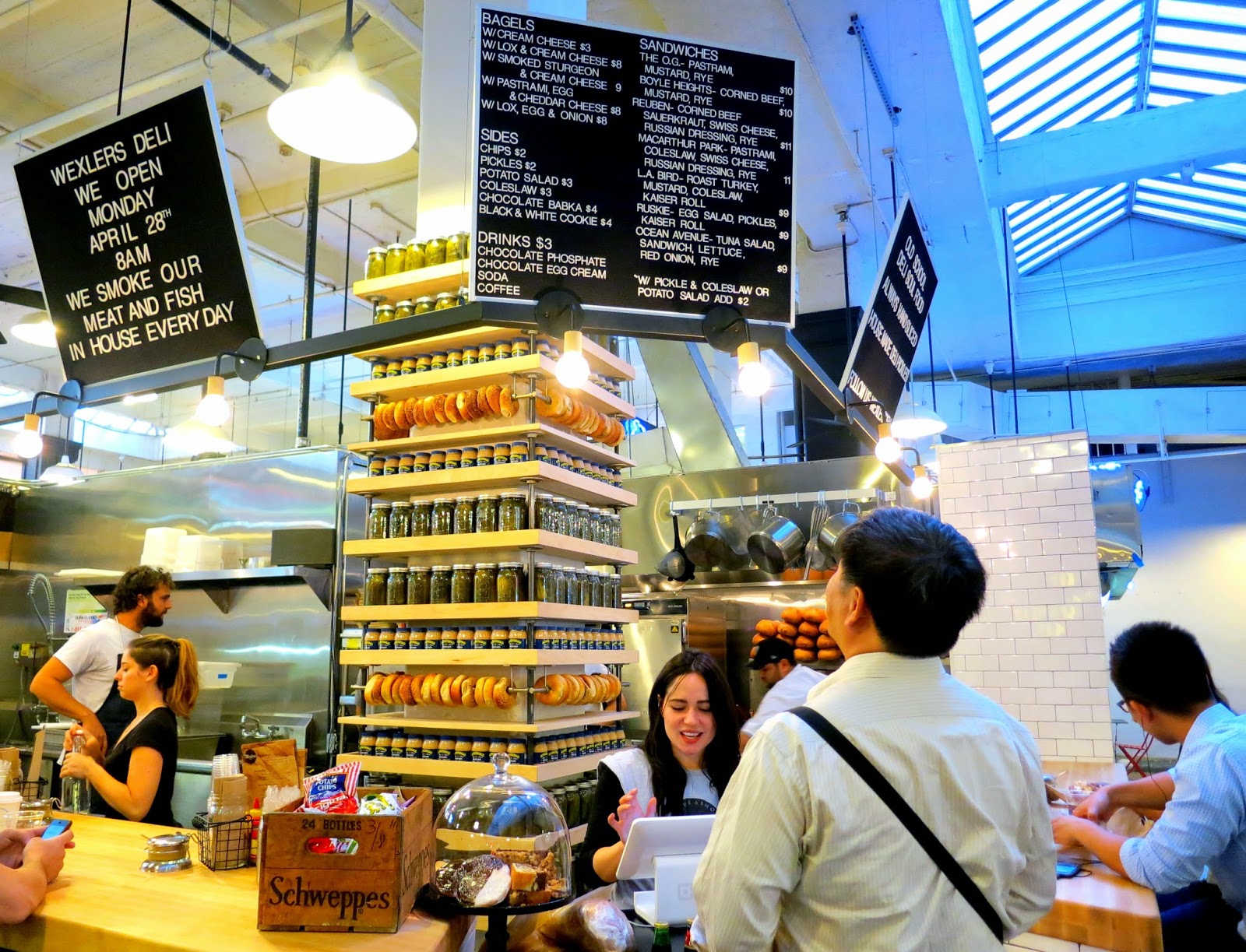 L.A. has been a little behind in the artisanal deli movement. While Portland's Kenny and Zuke's has been open for years, Micah Wexler's new Wexler's Deli stall in Grand Central Market is the first stab at a new-style deli in our area. There's nothing wrong with Nate 'n Al's or Brent's, but operating from a small space in the newly-gourmetized market, former Mezze chef Wexler cures his own pastrami, corned beef and lox and partners with local bakeries to get the breads just the way he likes them. The rye bread comes from Etxea, while the bagels are a special bake done just for Wexler's from Santa Monica's New York Bagels. And of course the dill pickles are house-fermented. 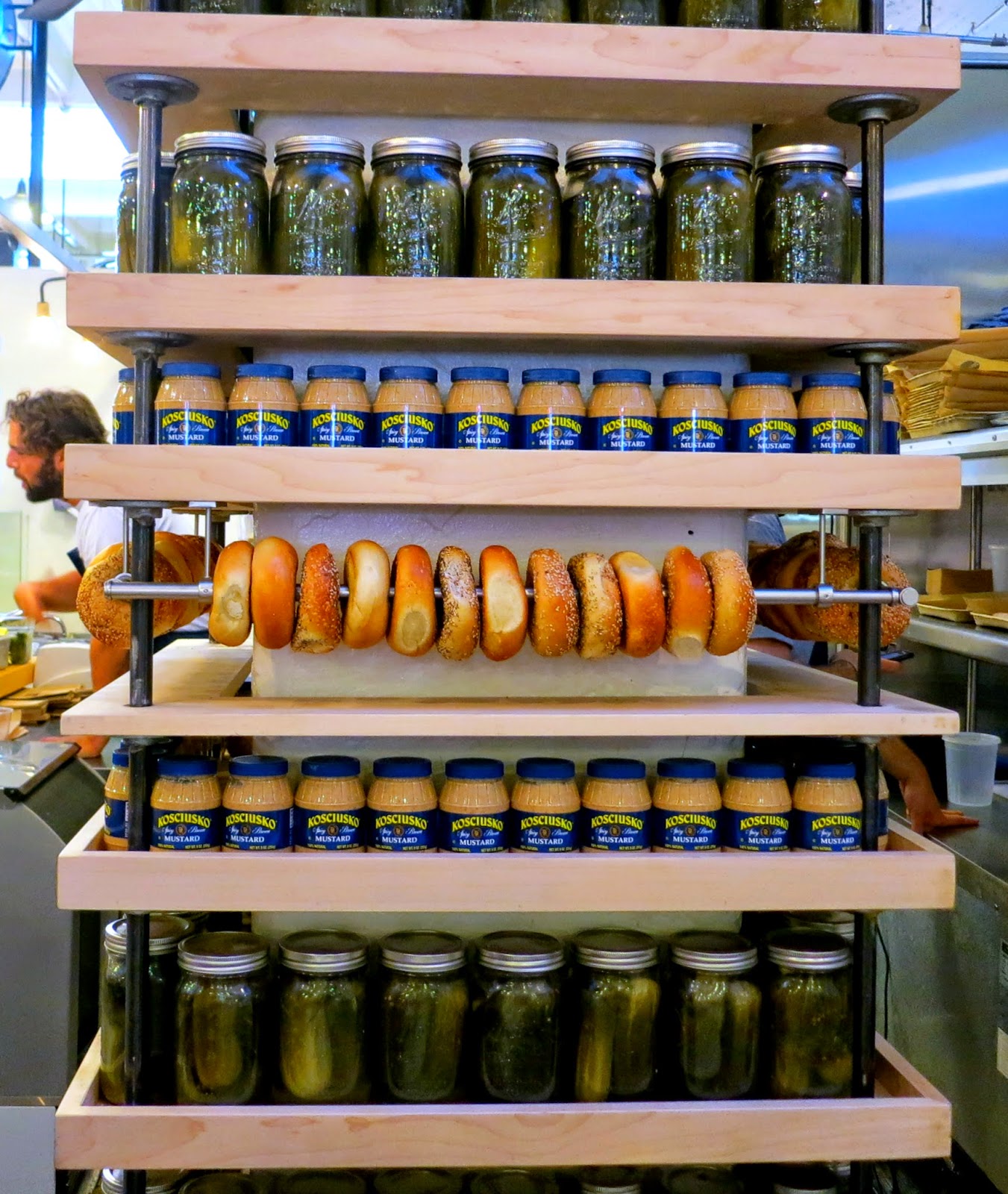 On a quick trip recently, I didn't get a change to taste the pastrami (though the fact that Wexler grew up eating at Langer's is probably a good sign), but I did have one of the chewy, flavorful bagels topped with cream cheese and one of the best silky, mild loxes I've ever tasted. The bagels aren't quite as dense as a true New York bagel but they're certainly closer than most in L.A., with so much more heart than the typical doughy local specimen. I'm not much of a babka person but I couldn't stop eating the dark chocolate-laced cake. The sturgeon was also a winner. Keeping the menu focused in the tiny space allows Wexler to work on getting a few things completely right, and Beverly Hills should be very jealous that Downtown gets a place like this before they do.

Visited a couple of days ago. The pastrami was good - I think they called it the "MacArthur Park" - but no better than Cantor's or Langer's IMHO. Service was pretty quick, even though they were packed at 1:15.