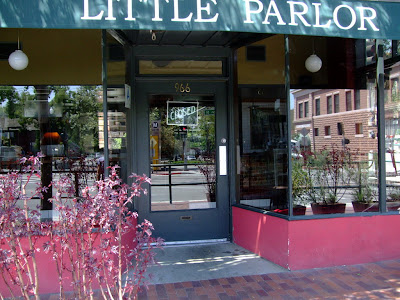 It seems that Little Parlor in South Pasadena has closed -- dark for the last two nights and not answering the phone. While Church and State is (finally) a big success, Steven Arroyo's other places have been kind of topsy turvy, closing down the little Cobras and Matadors on La Brea and selling his interest in Malo. Maybe a Potato Chips for the Little Parlor space?
***
The new bar Rockwell VT that's been under construction behind Vermont should be ready to open in mid-August, according to EaterLA. That makes for plenty of booze on that corner, with Vermont's lounge, 1739 Brewhouse and the upcoming Agave. 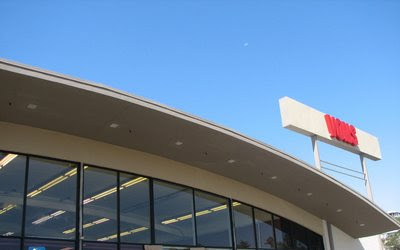 Echo Park's Vons will finally get a makeover, according to The Eastsider LA: think spot

lights and sage green paint.
Meanwhile, Highland Park's vintage Safeway-style store is still surrounded by fencing, but the sign for El Super is up now and the interior looks about halfway done.
at 5:51 PM

No big surprises there - about the only thing that South Pas needed less than another bakery was another pizza place.

I'm not surprised - the quality tanked after Chef Ruiz left.