Locali is open in Hollywood 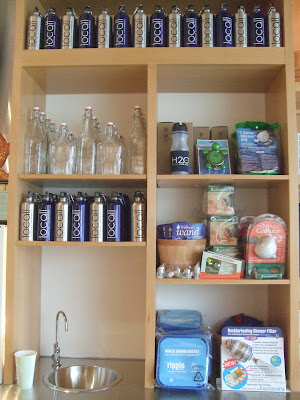 Locali is like the opposite of Famima: instead of all the convenience items imported from Japan, the emphasis is on locally-sourced products from some of our favorite producers. There's Carmela Ice Cream, La Guera Tamalera tamales and beer from Dales Bros. and The Bruery. Although located in a compact minimall space, Locali packs in a lot of interesting products that are either sustainable, organic and/or local, including wine and beer, sandwiches and salads from M Cafe, prepared food from several vegan suppliers, frozen foods, coffee and snacks. 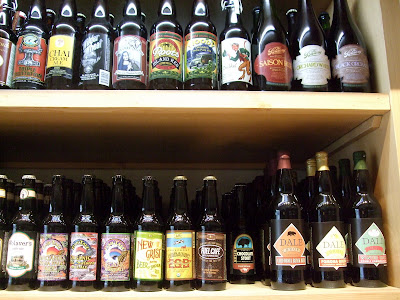 The shop stocks a good selection of California beers.

Books, shopping bags, water bottles and other tchochkes for the green lifestyle are stocked as well -- even a handy countertop compost bin. Soon, there will be sandwiches, salads and soups made fresh on the premises, promises owner Melissa Rosen. Locali almost seems too good for Hollywood -- it's like a shop from Portland or Santa Monica -- but hopefully Hollywoodites will support all the delicious local products found at Locali.
Tip: Don't miss the Ruby Jewel ice cream sandwiches. They may come all the way from Portland, but they rock. 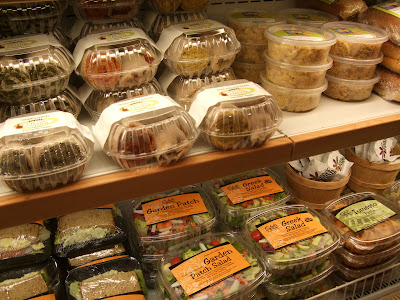 yes, ruby jewel is sooo delicious! after reading your review i picked up the honey lavender and lemon one. it was amazing.

Am I blind or nuts or did you not tell us where the heck this place is??

@Anonymous: they're in the northeast corner of Hollywood:

This place is amazing and the owners are genuinely great people! Their selection of edible goodies and even their non-edible stuff is excellent.

Definitely stop by and check them out :)