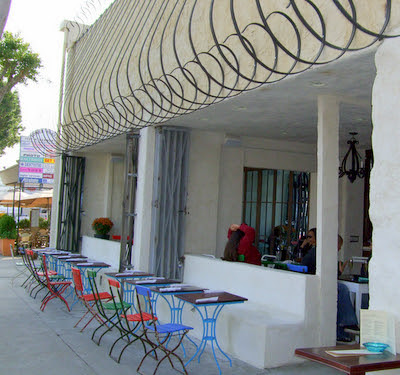 Colorful café chairs replace Asian touches on the sizable front patio, with swoopy metal decorations on the front
Actually it's been open a week, but the new French bistro on Vermont seems to be having a soft opening with no sign out front yet. We always said Tiger Lily was too big, so the space has cleaved in half, leaving a smaller bar on the right which remains Tiger Lily and a nicely-sized restaurant on the left which has been dubbed Mes Amis. 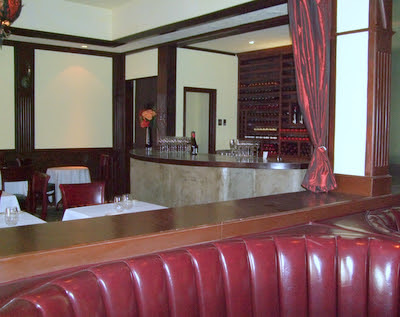 Inside, one room has comfy red booths, while a wall of wine awaits in the adjacent room
Just a block down from Figaro, one of the partners is a former Figaro manager and the menu bears some resemblance to that of the older bistro. Dishes include trio de lapin (rabbit three ways!), loup de mer and bouillabaisse, with prices in the $30 per entree range. Pizzas figure too, although $20 for an apricot proscuitto pizza strikes me as a bit high. Mes Amis is also open for lunch and weekend brunch.

A children's menu is a nice touch, with choices including a grilled Nutella sandwich. Poulet pané sounds better than chicken fingers, I guess. 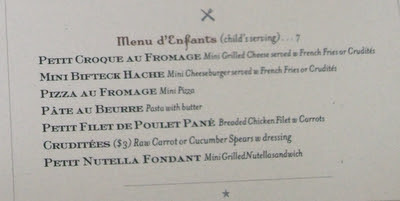