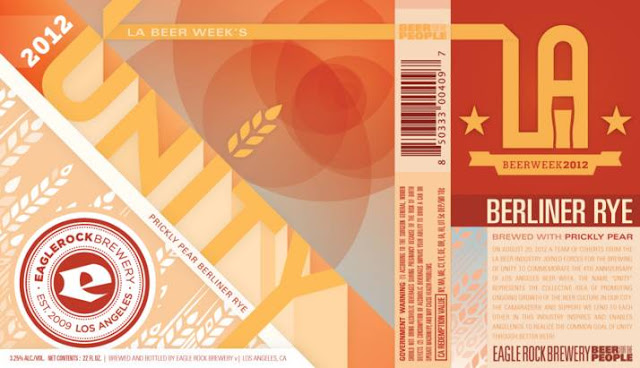 Not tuna fish, yuck! (Although there is a smoked salmon beer in Israel.) No, tuna means prickly pear in Spanish, and it's the theme ingredient of this year's L.A. Beer Week -- which is actually 11 days long, since there are so many beer events to fit in. Eagle Rock Brewery has brewed up the signature beer, called Unity, and it's a variation on a Berliner Weisse -- slightly tart, with rye and red and green prickly pear. It will be served at several bars around town and will be served at the epic  LA Beer Week Festival Sept. 30 at Union Station.
But that's not all! Prickly pear may seem like an unusual choice for a theme ingredient, but a number of breweries are incorporating the cactus fruit into different styles of beer: 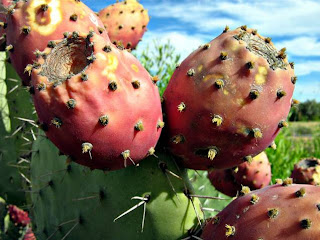 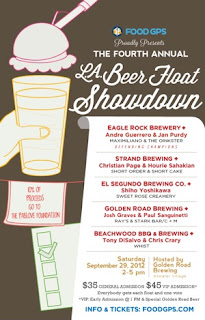 Tell me you brought back a bottle of smoked salmon beer from Israel. That's probably not one to cellar-age.

Good commentary on the official L.A. Beer Week beer/ingredient, and thanks for featuring L.A. Beer Float Showdown 4. I can't wait to see what the teams come up with this year.

It is a pleasure going through your post. I havebookmarked you to check out new stuff from your side.
Top Medical College in usa
pg dental in usa

You can get best food deals, food discounts, food coupons and much more on many food items in very reasonable prices only on dealaboo.com

this is right and needful and very helpful. I really need to know this.I wish you post this type of things many many times. I have a dog food site all news about any dog food news about their likes, cost, activity are here. that link is http://www.petfood.com/

your site is very good man.i have seen it and i visit it daily..i have started some task like this,i need some suggestions..see this link and give some useful suggestions on suggestion page.i will be waiting.
is there anybody else to give me suggestions...