Well, not officially, but chef Laurent Quenioux is all over the city today. First, he's creating the menu for Cart with a Cause, which is parking conveniently in front of my office at 5900 Wilshire Blvd.
For the lunch, he's partnering with Starry Kitchen where's he's been doing a residency the past few months for a French-Vietnamese snack supreme. Plus, your $10 lunch will feed a senior citizen for a day. 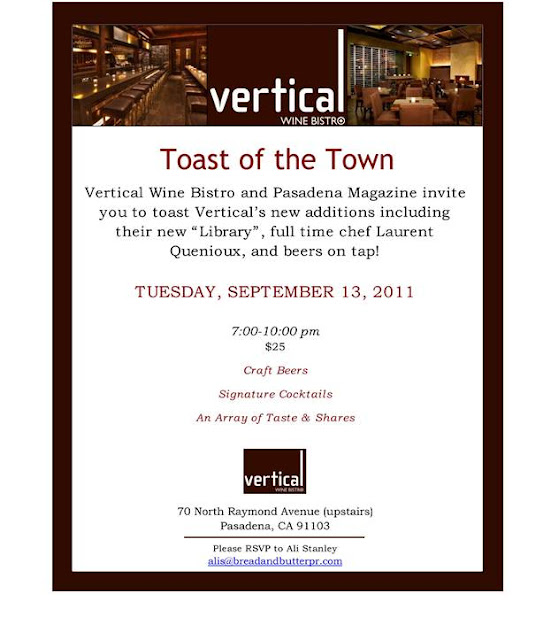 Tonight, head over to Pasadena's Vertical Wine Bar, where Quenioux is now the chef. For $25, you can toast what's new at Vertical including beers on tap, the new Library room and Quenioux's very original tastes. I'm trying to get to both, by which time I'll probably have eaten my way from the nose to the tail. And check out what Quenioux is doing on Sunday, Monday and some Tuesday nights at Downtown's Starry Kitchen (hint: it involves tonka bean infusion and sweetbread chipolatas). But be careful, because Starry Kitchen's website might make your brain explode!
at 8:12 AM